A little bit of history cross-related to Paddles Blazing ASU.
I’m sure all you scouts are aware that Scouting was started by Lord Robert-Baden Powell an accomplished military hero after a patrol camping and bushcraft experiment in 1907.  That was the birth of scouting and has since developed into the largest youth organisation in the world.  We are a very big family.  In fact according to Wikipedia there are around 54 million scouts worldwide and 171 national scouting organisations  https://en.wikipedia.org/wiki/List_of_World_Organization_of_the_Scout_Movement_members#:~:text=There%20are%20over%2054%20million,Girl%20Guides%20and%20Girl%20Scouts.
Very briefly Scout Troops developed from 1907/08.  Then in 1916 Wolf Cubs were formally launched to engage younger boys, this was after a pilot scheme starting in 1914.
After the first world war, in 1920 the first ever World Scout Jamboree was held at Olympia, London.
In 1946 a senior scout section was developed for 15-18 year olds.
In the intervening years many developments came about.  A real big one being in 1976 when girls were welcomed to the then former Venture Scouts.
1986 saw the development of Beaver Scouts for 6-8 year olds.
By 1992 other scout sections could join girls if the group wished to and by 2007 this became compulsory, scouts groups have to accept girls which is great.

Today the Scout Association accepts members without limitation and is very inclusive to all.  We have broad training programmes and methods supporting  members to become constructive valued members of society.
Paddles Blazing ASU are part of this international history.   We support this inclusivity and development.  Our young members are in essence the future leaders so they are very important young people.  You can find out more on the history of scouting here: https://heritage.scouts.org.uk/

Paddles Blazing ASU itself has quite a history.  We paddle on the Bridgewater Canal every season.  In the beginning we trailed canoes to Grappenhall Sports Club on Stockton Lane, Grappenhall and operated off the sports field there.  Legend Dave Ramsey aka, "RAMBO" by the scouts was a leading figure turning up every week with his trusty fibreglass kayak.  Patrick Moran the District Water Activity Adviser until 2000 helped to run the Scout NW Canoe Series (Kayak races), one of which was on the Bridgewater Canal and Rambo also helped with this.   The launching site wasn’t very sophisticated in the 2000's as you stood and faced the canal the bushes on the left were the girls changing area and those on the right the boys.  We launched the boats between those bushes. We calculate our regular canal paddling sessions were started as far back as 1995.    There is evidence that in earlier years before then that local scouts used to paddle by London Bridge, Stockton Heath on a regular basis, lead by David Fearnley?  Plus we know Grappenhall Scouts were paddling on the canal in the 1980's.  In those early years it was all kayaking.  Today though we mix it up more we have kayaks, sit on tops and open canoes.  There are plans in 2020 to progress into Stand Up Paddleboarding   So a bit of variety in our pursuit to enable our scout method.  Such as having fun, enjoying the outdoor activity, learning by doing, working together, taking on responsibility and trying new challenges.
In 2009 we moved our operations to Warrington Scout Campsite in Grappenhall Village  this was a big development as we had access to better facilities – changing rooms what luxury!  Plus being on site it enabled the unit to provide more variety of craft for our members to use.  The gaining of British Canoeing awards and scout proficiency badges and DOE support is all part of our methods.
At the end of the 2010 season with the support of The Probation Service – Community Payback the concrete launch point at the side of the canal was built and a slope down to the water made and the gated entrance enhanced.
In 2016 the group became a recognised formal Scout Activity Support Unit hence the name Paddles Blazing ASU, though our name Paddles Blazing goes back many years.

What of the Bridgewater Canal, also known as the Dukes Cut.  This is our playground and is formally the Duke of Bridgewater Canal.  Born May 1736, Lord Francis Egerton was the 3rd Duke of Bridgewater and known as the “Canal Duke”.  He had little family as they succumbed to tuberculosis and smallpox , he left his little remaining family in London (notably his mother and step-father who he had difficulty with) to be raised by Samuel Egerton of Tatton - another area well known to Cheshire Scouts – the County Campsite in Tatton Park.
Francis although a unhealthy child would, if he made it to adulthood  inherit and become a wealthy landowner.  He became the Duke when he was 11 year of age.  To further his education he was sent in 1753 on a grand tour of Europe to widen his cultural knowledge.  It was during these tours of approximately two years that he discovered his fascination with canals, locks and docks.
He matured and inherited some wealthy land including the coalmines on his estate at Worsley to the west of Manchester.   In 1770 it was noted the transport of coal by horse or cart from Worsley was extremely difficult roads were often very rough and unpassable. This fuelled the Duke’s ideas for canal transport and developed mine drainage.  He gathered knowledgeable people around him, one being John Gilbert who he employed around 1757, an excellent land agent with some engineering skills,  Later the famous engineer, James Brindley was brought into the team.  In 1759 the first Canal Act received Royal Assent and canal digging commenced.  The first canal from Worsley to Salford was started and progressed even further into the heart of Manchester.  Other Canal Acts followed to extend more.  Enterprising engineering developed such as the Barton Aqueduct.  Imagine employing 400 men with picks and shovels to dig out these canals.  The canals were then fully lined with puddled clay to stop the water leaking away. See: https://canalrivertrust.org.uk/news-and-views/blogs/nigel-crowe/puddle-clay
By 1762 after a further Act of Parliament, which suffer much opposition was passed  to extend the new canals into Cheshire, bringing the canal to Warrington as we know it.  The canal reached Runcorn and formed locks into the River Mersey, the new section of canal as we know it opened in 1776.  That’s 131 years before scouting was even born.   The Duke of Bridgewater Canal was an amazing feat of engineering built to tow barges of coal and other material such as cotton, grain and timber.   Further passenger boats were developing  in 1769 and began to service the canal systems.  You could travel from Runcorn to Manchester in eight hours, the fee starting at 2/3d (11p).
At 67 years of age the Duke died in March 1803 from influenza.  As he hadn’t married the Dukedom died with him, but what a legacy did he leave – this fantastic canal system which links in with the Cheshire Ring canal system, see https://canalrivertrust.org.uk/enjoy-the-waterways/boating/planning-your-boat-trip/cruising-rings/cheshire-ring  Today it’s owned by the Bridgewater Canal Company – part of Peel Holdings. It is still very busy with pleasure craft, walkers and anglers on the tow paths, there is little commercial traffic the railways and road systems ended that era.    We are very grateful to the Canal Company who let us use the waterway for our adventure.  http://www.bridgewatercanal.co.uk/

You may think scouting is historically old but it’s now where near as old as our Bridgewater Canal adventure area.  If you know anymore of this history or have old photos of canoeing on the canal by scouts why not get in touch. 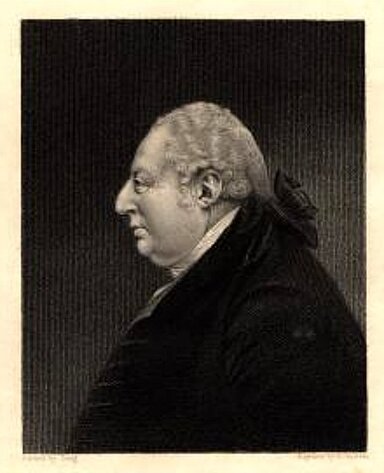